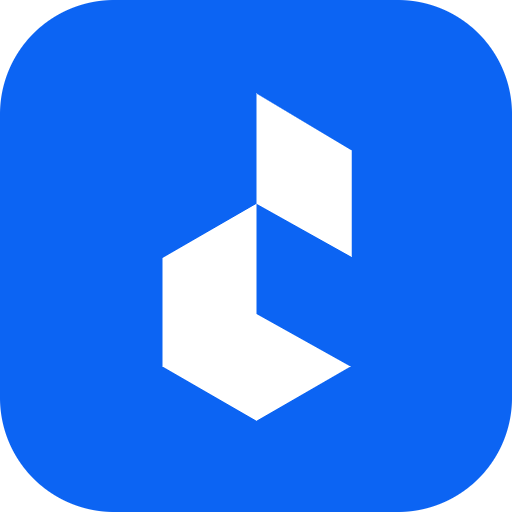 The Good
* Has all the features of Windows Task Manager.
* Monitors startup/autorun programs and notify the user if a new startup program has been added.
* Monitors Windows services and notify the user if a non-Microsoft service has been added.
* Monitors Internet Explorer's homepage and inform the user if a program tries to change IE's homepage.
* Monitors Internet Explorer addons, BHQs, toolbars, etc. and inform the user if a new one has been added.
* Aside from monitoring and notifying, has a full startup/autorun program manager including the ability to delay starts.
* "Auto-block" startup programs that continually add themselves to the startup list even though you blocked them the first time.
* Allow you to generate a "HiJack This" log.
* Estimates security risk for each program/process.
* Has an option to check a file with VirusTotal.com
* Has system tray icons to show CPU usage, disk load, RAM usage, and network traffic.
* Has 'tweak' XP/Vista features.
* Has automatic CPU balancing/controlling and automatic memory cleaning features.
* Can hide program windows, minimize to system tray, make floating icon, and change transparency.


The Bad
* Significant discrepancy between the CPU/RAM usage per program reported by AnVir Task Manager and that reported by Windows Task Manager.
* Doesn't use up too many resources, relatively speaking, but interface has some minor lag now and then.
* "Windows Tweaker" does not seem to identify which windows you are running (i.e. still shows "XP tweaks" if you aren't on XP).

I purchased the security suite after using the first giveaway for several weeks. (I was tempted by a sale though as i got it for half price). I've never regretted buying it.

The program is so feature laden, even this version which is only a small step up from the freeware version. Not only does it kick Microsoft’s Task Manager into touch, it shows you what dll’s/drivers are being used for each program/process that’s running. It tells you where the program is located, useful product information, the security risk, whether or not it's running as well as several other useful features. The information you can get from the task bar next to the clock enables you to see 'at a glance’ the disk load and disc temperature, cpu usage and RAM usage as well as the number of services and processes running.


Ashraf’s already given a good account of this program so it's pointless me repeating anything he's said. I just think this program is great value for money (if you decided to buy it so that you can upgrade it) and is extremely useful. I bought it summer 2007 and still get upgrades for free. It's not like many upgrades where you have to start paying a fee once a year has passed or a new version number has been released (e.g. from v1 to v2 - usually intermediate versions such as v1.2 1.5, 1.8 are always free, but when it steps up from a whole number most developers seem to want to charge you a small fee to upgrade; not so anvir).

If you do lose this program when you buy a new computer or format your hard drive they have a freeware version that’s nearly as feature rich as this version. Then there’s the Pro version plus a security suite. Though the program should be transferrable because you get a separate reg code. (you’d have to copy the installed program over as opposed to installing it). Hough personally I think it’s well worth the money they are asking for it. They do have sales where you can get the products for upwards of 50% off; it’s just knowing when to check and catch the offers. I bought the security suite for the same price as what they were selling the basic program for back in 2007. The price has been raised quite a lot though as I remember it being less than $30 two years ago.

You can see the differences between the various versions they sell by following the link below:


Thanks for introducing me to this program. It was one of the first I bought as a result of this giveaway project.

Since I have AnVir Security Suite, I'm not going to downgrade to this version (differences).

AnVir has a huge number of features, and I find it to be a very useful tool. As with all system monitoring tools, it does consume some resources. Out of its many features, the one I find most handy are the tray icons and tooltips. They tell me why my computer is busy and what it's doing. There are some things which don't show up, like pagefile activity; the Vista Reliability and Performance Monitor is better for those. I like to set AnVir to record its logs to a file, which is useful for historical information about what has happened on my PC. You can just rename the log from Windows Explorer to split it.

As always, for most users I recommend turning off "optimizers", which in AnVir is under Tools, Options, Performance, Performance. I don't use tweakers/optimizers/cleaners.

Take the "security ratings" with a huge grain of salt. The detailed Security Risks Analysis is useful for general information.

AnVir has so many features, there's no point in listing them. Don't forget that many features are only available via context menus (right-click on particular items). This is a different tool from Microsoft Sysinternals Process Explorer, Vista Task Manager, the Vista Reliability and Performance Monitor, Microsoft Sysinternals Autoruns, etc. The various tools have some similar features, but they all have their uses and specific strengths and weaknesses. I use AnVir much more than the others, but I use the others where appropriate. As I mentioned yesterday, I much prefer AnVir over WinPatrol (in conjunction with my other security software). None of the other tools have even a fraction of the total number of features in AnVir. I don't use AnVir's anti-virus features, those are a waste. I have the Security Suite because it was the most complete version and I got it at a discount when GOTD first offered AnVir (and the prices were much lower then).

AnVir is astoundingly useful. For example, on a high-resolution display, you can use it to determine where applications put toolbars, you can generally resize windows (from within AnVir, not just from the optional system-menu additions), you can find out whether processes which are supposed to have tray icons failed to start correctly and didn't display them, all sorts of things. Agnitum Outpost Security Suite, on very rare occasions, fails to size security prompts correctly, resulting in the buttons being inaccessible. With AnVir, I can resize the dialog box so that I can answer the prompt. You would be surprised what all you can do with AnVir.

Minor issues: AnVir doesn't seem to read the comments, I'll have to contact support. They don't do a good job of testing on Vista. A longstanding bug is that the recent-folder list doesn't work on the tray icon in Vista, but it works in the open/save dialog boxes. The new, optional window-title buttons don't display on Vista with Aero, and they don't have an optional offset which is necessary for use with other applications which add window-title buttons. The new History button which is added to open/save dialog boxes has the wrong font for Vista (might be intentional, but I don't like it). Version 6.1 no longer has the handy ability to open AnVir to the process for the current application window via its system menu.

Major issues: AnVir is very bad about not documenting or providing Help for dangerous features. My version has various tweakers, scanners, and update tools. I don't use those anyway, but I'd like documentation on what they do before even testing them. Version 6.1 is causing my PC to run very slowly after long-term use; closing and restarting AnVir fixes.

#7, KenyanPhoenix, I have run both together in the past without problems. Don't forget, if you have the free version of WinPatrol, you may have to wait a few minutes for notifications. AnVir will notify within several seconds.

* Program GUI is a bit overwhelming for a novice who is using the program for the very first time.
* No Local Help Guidance located within program (online only.)

SUMMARY: - Program's strengths outweigh its weaknesses. A definite keeper for me. Thanks, GOTD and AnVir.

If you ever lose this giveaway, the exact same version can be obtained legally for free at Ashraf's website DotTech[.org] at the below link.
http://dottech.org/freebies/dottech-exclusives/7292

Lineup - Football Squad
Allows you to create your own Football lineups and save them as images.
$1.99 ➞ сегодня бесплатно

Trader's Way
Trader’s Way is a mind-challenging game in which you are introduced to the ups and downs of the stock market.
$1.99 ➞ сегодня бесплатно

Crazy Run
Pass through the blocks as much as you can. If you like runner game you should try it!
$4.99 ➞ сегодня бесплатно

Pícture Collage
Pícture Collage is the all-in-one story editor that offers everything you could wish for in stories editor.
$0.99 ➞ сегодня бесплатно